So let me tell you about FOXEN BLOOM.

FOXEN BLOOM is a fantasy romance about a forest god and his accidental acolyte. It’s about the things we’d do for family. It’s about finding similarities in differences, pining for the one you’re standing next to, and occasionally having to rip people apart with your sentient shadow, because stuff happens and keeps! on! happening!! It’s about, for some reason, goats.

It’s a good time, is what I’m saying.

The cover artwork is by Tiferet Design with illustration by Mar Espinosa and I could not love it more! It’s so beautiful and perfectly suited to the story. I am smit with this cover. Look at tiny Fenton and Prior! The raven! Fox friend! The woodcut makes me think of fairytales, which is definitely correct, so long as you remember fairytales usually come with a bodycount…

Yet, despite the bodycount, Foxen Bloom is soft. It’s slow burn. There’s face touching and declarations and a chaise longue. There’s viscera. It’s a bucolic roadtrip with fangs and I’m so excited to share it with you!

AO3 tags include: slow burn; hurt/comfort; only one bed; megafauna are friends not food; flower crowns for all; nose boops; original goat character.

FOXEN BLOOM will be published in ebook and paperback on June 17, 2021. Preorder at gum.co/foxen or books2read.com/foxenbloom 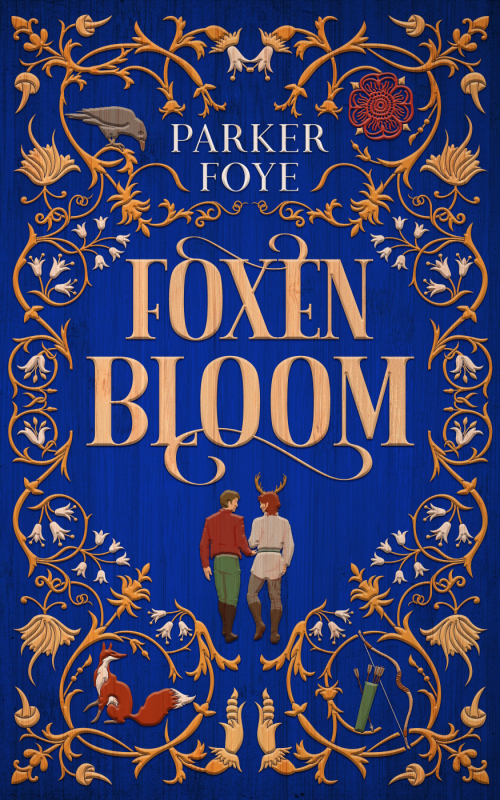