All of my books are stand alone titles, but there are quite a few linked universes i.e. books that take place within the same ‘world’ and may include crossover characters or other easter eggs for the eagle-eyed! I don’t currently have plans to write any traditional series, but I will continue to write linked universes because I very much enjoy them.

United by the strange coastal town of Lastings, these three books can be read in any order, but Nine Years of Silver takes place a few years prior to Letters From Dark Water, and characters from the former appear as minor characters in the latter. The Burial Club takes place in a city near to Lastings, and has no crossover characters. There is no continuous storyline in this series.

Nine Years of Silver
Second chance romance between childhood sweethearts… with a touch of eldritch dread.

The Burial Club
Professional mourner meets the vampire keeping him in business. A match made… somewhere.

Letters From Dark Water
Hermit receives letters from a secret admirer… bodies follow. The sea goes walking. This is all f i n e. 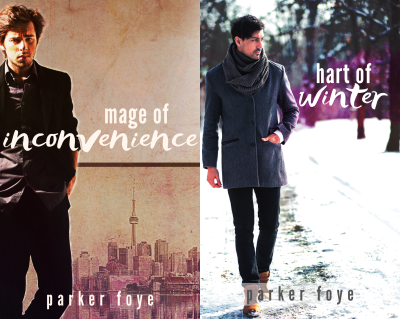 Modern paranormals which share the same magical lore and language, but feature no crossover characters, and are located in completely different places (Canada and France). They have a similar energy and are the sweetest of my books. There is no continuous storyline.

Mage of Inconvenience
Mage meets werewolf in a magical marriage of convenience, featuring conniving cousins, an insiduous drug, an enchanted library, and at least one explosion.

Hart of Winter
Winter solstice romance feating a meet-cute with bruises between a shapeshifter and a cursebreaker in the French Alps. Hot chocolate, hand-holding, and hope. 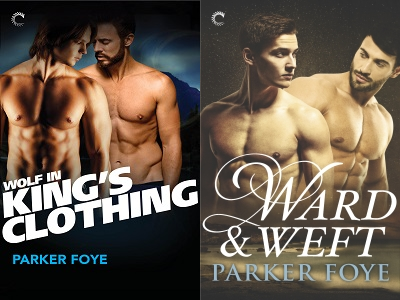 Wolf in King’s Clothing
A collared berserker and the magic-using werewolf he abducts in order to free himself.

Ward & Weft
A mage returns home to find the werewolf pack he grew up with is under threat, along with his first love.