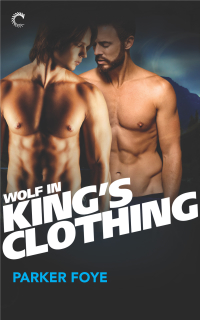 ‘An action-packed plot, deeply emotional characters, and a powerful bond all serve to create a wonderful novel.’ Joyfully Jay

Kent was a pack outcast. His shifter instincts cruelly muted, he was collared and kept as a stray. Until he was offered his freedom-for something in return. He must rescue Hadrian, an alpha held hostage in the wolf highlands. It’s a pleasure for Kent to follow the captive’s scent, one so wild and virile it gives him a rush. Though he despises being treated like a mutt called to heel, he’ll gladly fall to his knees for an alpha like Hadrian.

One-click with confidence. This title is part of the Carina Press Romance Promise: all the romance you’re looking for with an HEA/HFN. It’s a promise! Find out more at CarinaPress.com/RomancePromise

Also in this universe: Ward & Weft